Sailfish are a rare and beautiful prize in Hawaiian waters. Don’t expect to find them all the time as they don’t tend to get to close to the islands and even when caught will put up quite a fight while being reeled-in.  They average around 45 lbs. and can be prepared both raw for poke, pan-fried, smoked, or baked.

Sailfish are considered one of the fastest fish in the ocean and are recognized for their bluish to purplish large dorsal fin and the extended bill which they use to hunt smaller fish. Like other members of the marlin family, they are known for jumping out the water.

Summer is the time in Hawaii for (possibly catching) these fish.

Sailfish is not as common as some of the other types of fish around Hawaii.  Many boaters goes months or even years without catching one, but nevertheless it is breathtaking when one is in the sight.  Sailfish are around warm waters and summer has a better chance for spotting and catching a sailfish around Hawaii.

Range: Formerly considered as three different species, the sailfish from the three different oceans have been united into a single species. The Atlantic form ranges from Brazil to Massachusetts, on the Americas coast, and are also found off the African Atlantic coast as well. But is most common in the warm waters along the edge of the Gulf stream. The Pacific form is similar in appearance but bigger, averaging twice the size of the Atlantic form, and ranges from Peru to Baja California, rarely northward.

Description: The most distinctive billfish with an extremely high dorsal fin that is highest in the center. The body and sail are marked with light and dark blue spots that are vertically aligned against the rich blue of the back and sides. The sailfish is easily recognizable by its long bill and long high sail like dorsal fin, and also by its comparatively slim, compact body. The pelvic fins are notably long and the caudal fin lunate. Two keels are present on each side of the caudal peduncle. Sailfish are usually a purplish or cobalt blue in color, but are also seen in bronze , the coloring is lighter on the lower sides and belly . 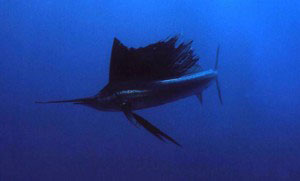 Natural History: Usually found in the upper layers of warm water above the thermocline, but also capable of descending to rather deep water. Sailfish often migrate into near-shore waters, occasionally forming schools of up to 30 individuals, but often occurs in loose aggregations over a wide area. Feeds mainly on small pelagic fishes but also takes bottom-dwelling organisms. It is a rapidly growing species, reaching 4 to 5 feet in a single year.

Fishing Information: Sailfish can achieve sizzling speeds with up to 50 knots being quoted, but tire quickly and are generally considered a great light tackle species. The sailfish is famous for spectacular aerial acrobatic displays. When hooked sailfish can run at speeds of 60+ MPH. The most successful techniques are trolling with artificials or rigged balao, mullet or flying fish and kite fishing with live bait. This is also the most popular billfish with fly fishermen and can be caught by fly-casting a large fly to an excited fish after teasing. 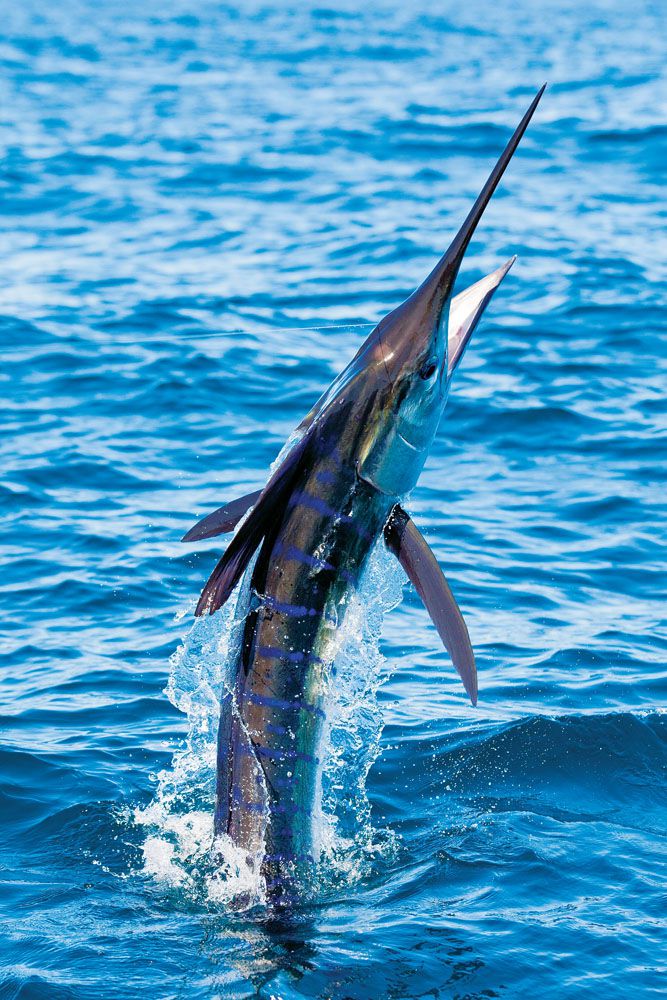 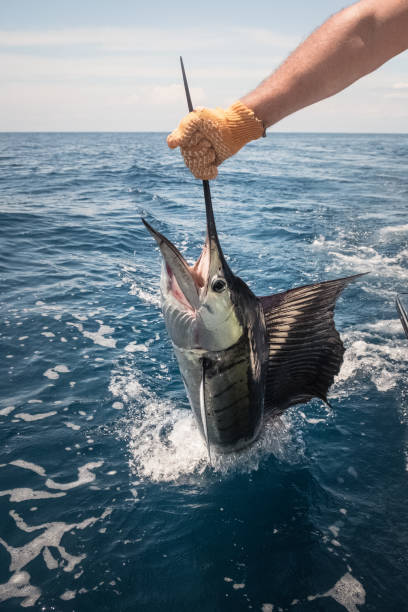 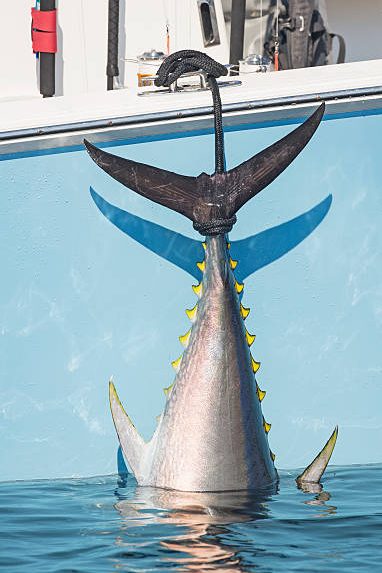 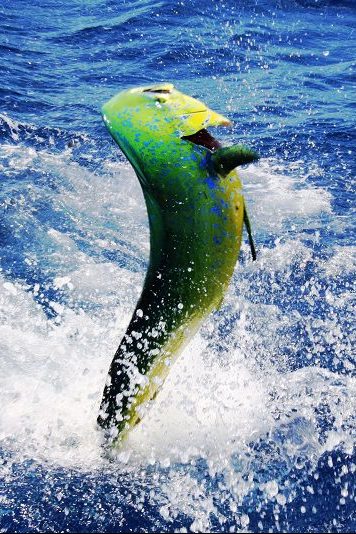 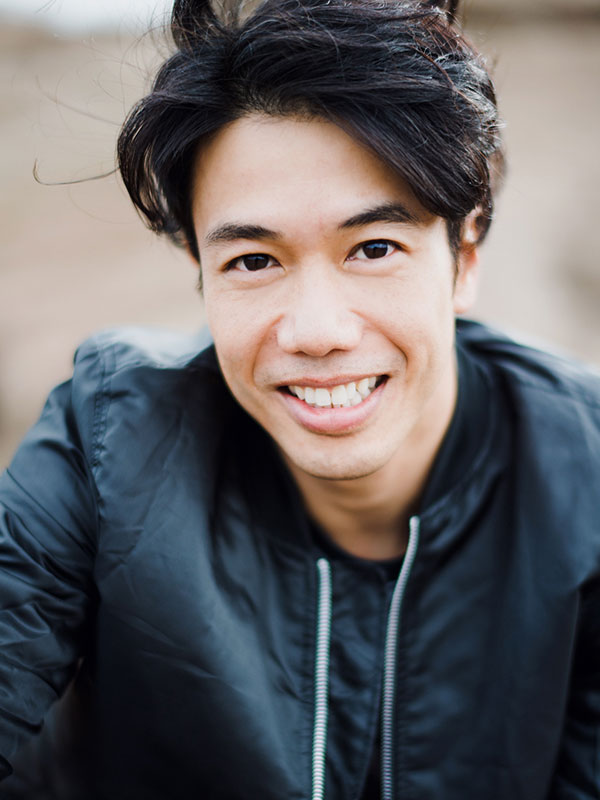 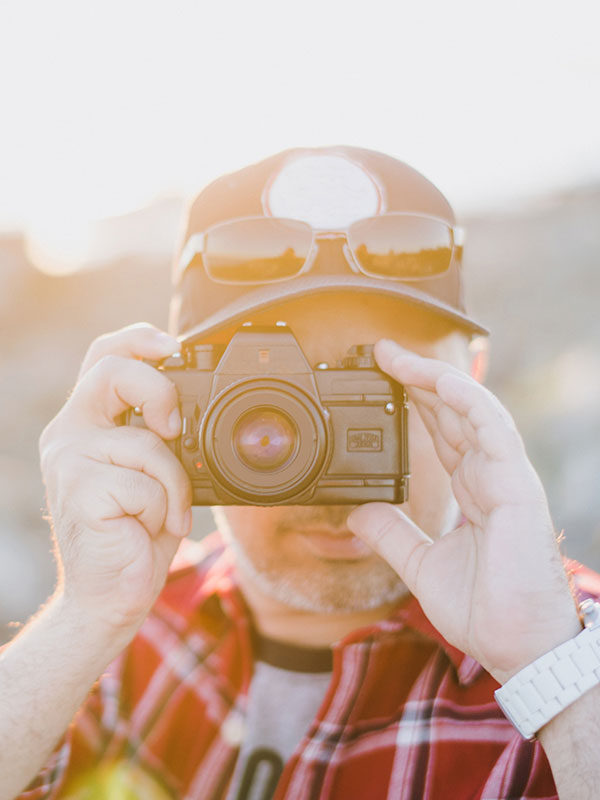 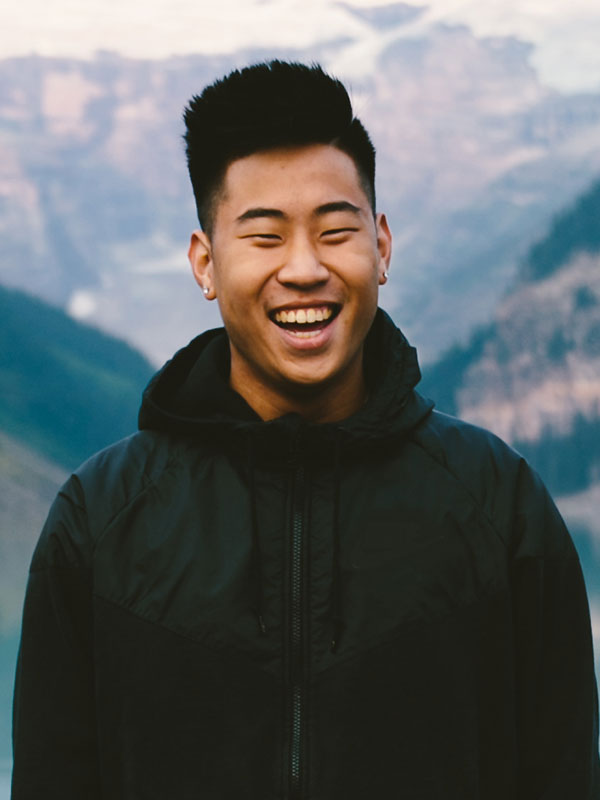